Byakko (White Tiger) Kyudojo was established by Kanjuro Shibata XX Sendai in 1981 as one of several kyudojos in the US, Canada, and Europe. The Boston area group practice at Shobu dojo in Somerville, MA and in Lincoln, MA. 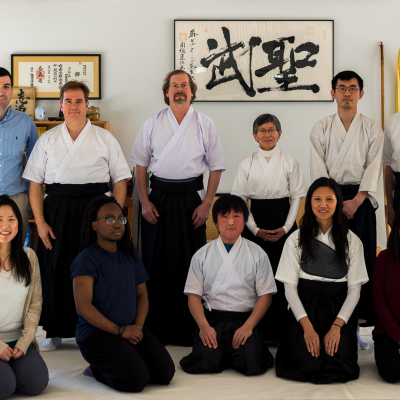 The Practice of Kyudo

The practice of Kyudo is deceptively simple. Neither age, nor sex, nor physical strength has any significance. Beginners receive instruction in the basic form, the "Seven Coordinations" also known as Shishido. After the initial training, practice begins by shooting at a straw target only a yumi’s length away. When a degree of proficiency is attained, the practice expands to include  “hitote” or long distance shooting at 28 meters.

Working within the precision of the form, a natural process gradually unfolds in which the practitioner has the opportunity to see his or her mind. The target becomes a mirror that reflects back to the practitioner the quality of the mind at the moment of the arrow's release. This distinguishes Kyudo from sports archery, where competition to hit the target is the goal. To practice Kyudo in this way, one must have a teacher. It cannot be learned from books. It is verbally passed on for centuries from teacher to pupil in the sense of Shu-ha-ri.

There are currently four main schools of Kyudo in Japan (Ogasaware-ryu, Honda-ryu, Yamato-ryu, and Heki-ryu). Kanjuro Shibata XXI is the head of the Chikurin-ha branch of the Heki-ryu school. Kanjuro Shibata XX,  established and named the Boston area Kyudo group the Byakko, or "White Tiger" Kyudojo. The dojo, one of several in the United States, Canada, and Europe, is part of Zenko International, a non-profit organization devoted to supporting Kyudo practice. 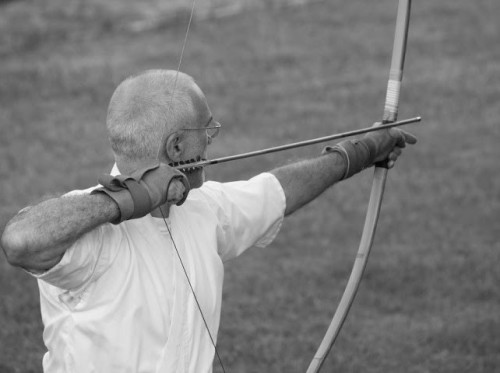 Kyudo is traditional Japanese archery﻿. The focus of the Kyudo practice is on cleaning the mind rather than on marksmanship. The target becomes a mirror reflecting the quality of one’s mind at the moment of the arrow’s release.

Where do I start? 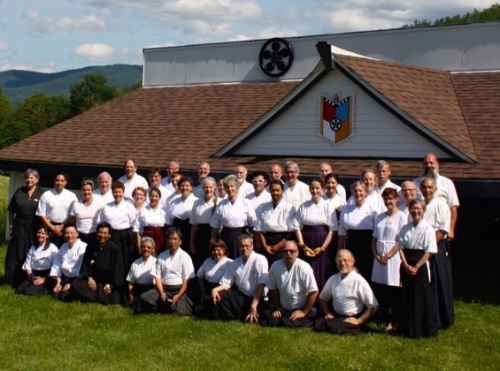 The Kyudo path begins with taking "First Shot", where the students will be familiarized with the equipment (bow, arrow, and glove) and shooting technique (seven coordination steps known as Shishido) before being able to release their first arrow. Taking the First Shot is a prerequisite to practice at Byakko kyudojo.

When is the next practice? 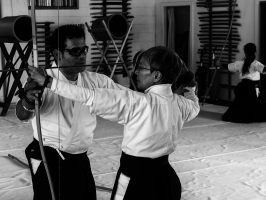 One is not polishing one's shooting style or technique, but the mind. – Kanjuro Shibata XX, Sendai

"Kyudo is not just about drawing the bow and shichido, seven coordinations, are not all that is being asked of you. Rather, within this practice, to acquire a good heart, and to achieve dignity in one's shooting is what is sought."
— Kanjuro Shibata XX, Sendai